What Do You Value Most in Your Life?

I was sitting thinking over the weekend about what I value in life and I could really see how what I think I want and what I truly want are two different things.

Often in the past I have said I wanted a particular thing and took steps towards realising that goal, and yet things turned out differently. So why should that be? 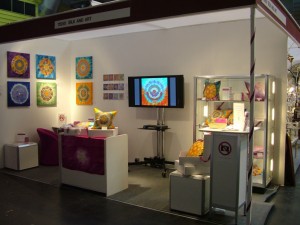 It’s because there’s an inner conflict somewhere between the things I am chasing after with my conscious mind and the deeper-lying values I hold on a subconscious level. I have found it to be true that whenever these two step into the arena to face each other, the subconscious wins every time. No contest.

And this is how it comes to be that I  have often felt defeated and upset that my supposed desires and goals haven’t come to fruition.

The truth for me is that even though I thought I wanted to reach the goal I was chasing madly after, it remained out of my reach simply because I wouldn’t allow myself to go there. Because I held a cherished value deep within me that would continue to be honoured and respected by me, whether or not I knew it.

And so today, when I take stock and look at what I have in my life, I know that despite how things may look, my most important values are indeed being met on some level. Even though I think I would love to travel and work and see more of the world, my deeper lying value of providing a space to nurture my kids in takes precedence over that.

There’s an example of how I appeared to have engaged in self sabotage a few years back which I am going to share with you now. I had, for years, wanted to take part in a trade fair and present some (semi) mass produced silk products of mine. I attended a business course and put together a business plan (see Cheryl Rickman’s book). I then went about developing the products and the packaging, giving huge attention to details and really enjoying the process.

The build-up to the fair was fairly stressful but I had everything in hand. The lists were being methodically worked through and everything was looking good.

I attended the fair and my booth looked amazing. Everything was just exactly the way I had envisaged it. But regardless of how much work I had put into it all, I did not attract the business I had hoped for. Firstly, our booth had had to be relocated at the last moment and we were positioned next to totally unsuitable products. We were in a very off-beat spot and much lower numbers than anticipated made their way round the back alleyways to walk past our booth. However, I believe that nothing happens by chance.

The second more important reason was because my value system did not support me being successful and taking off into mass production. When we returned home and sat down to do the figures, the first reaction was one of – ‘Oh no, what a disaster.’ But within a very short time I could feel the energy shifting hugely. I felt great relief as it became clear to me that I didn’t want to go into business selling printed boxed cushions which were actually so far removed from what I truly wished for.

I wanted to be completely creative, exploring new and different ways of bringing my artwork to the table. I wanted to have the freedom to change direction as I pleased. I didn’t want to be going from trade fair to trade fair, chasing up customers and struggling to meet deadlines in what would be for me boring production.

So after I got over the fact that I had spent a lot of money on this endeavour, I was thrilled to see that I had actually made a lucky escape. And on top of that I had discovered what a talent I had for designing a product from scratch as well as organising taking part in a huge trade fair – the NEC SpringFair in Birmingham, UK. I mean, I didn’t exactly start small either.

And I got to continue being at home. Which was what I really wanted. Being at home with the option of travelling as I choose.

And I certainly value myself for honouring that now.

Have you any experience of your true values conflicting with what you think you want? I’d love you to share any stories you have here.

8 Responses to What Do You Value Most in Your Life?