Magic in the Setting Sun

There’s just something magical about the setting sun. I wrote recently in a post about that moment when the last firey rays light up the horizon.

But when I stepped outside a couple of days ago to photograph the setting sun again, something quite extraordinary happened. 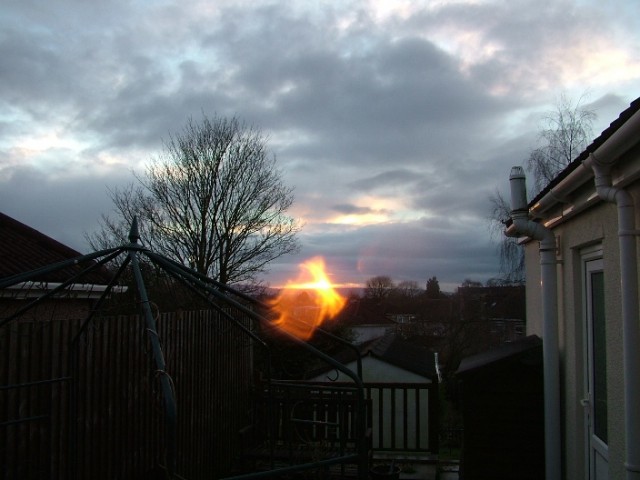 I pointed the camera in the direction of the sun and just as I took the photo, there was a sudden flash as the light momentarily blinded me. I had a feeling that the pictures wouldn’t come out.

As I uploaded them and began to look through them, I caught my breath.

This photo was staring back at me from my laptop screen.

A cosmic blaze. Right in front of my eyes.

I don’t have any explanation for it.

And the next day I posted it on Facebook. A lovely friend of mine linked me to a post about the day before. According to experts there had been as many as 18 solar flares within 24 hours on Tuesday 28th January.

Had I somehow captured one in my photograph and set the landscape on fire?

Altogether quite amazing, wouldn’t you agree?