I was thinking about how I used to plan my days and my meals when I was eating cooked food. My thoughts rotated around what would be the main focus and then what carbs and veggies went with it. 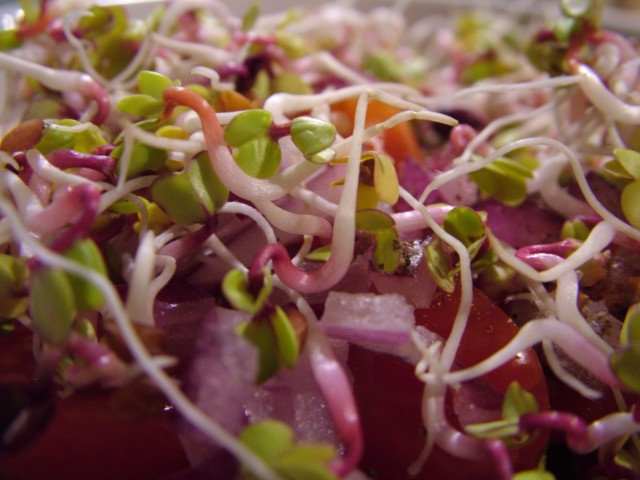 Because you had to have your carbs, right? Either rice, pasta, potatoes or grains of some sort. And my mind always told me how important it was to get a big portion of these into me so that my meal had substance.That had been one of my fears around eating only raw food.

Mmmm….well, 20 days down the line, I have busted yet another misconception that I held. There was me believing that I needed to get some fat on me, build myself up and keep myself strong.

What I was actually forgetting was that most types of foods are composed of carbohydrates to some degree. So you can forget the whole concept of a carbohydrate free diet. That just doesn’t exist as long as you are eating food. It’s nice to stop pretending about things.

So here I am, with a completely turned around lifestyle. Eating food that doesn’t seem to have much substance at all. Or so I thought.

A few days ago I decided to make a meal that would create the illusion of having some sort of filler. This is like the person giving up coffee continuing to drink the coffee replacement and upholding the addiction. I decided to make parsnip ‘rice’. You hack it up in the blender with various other ingredients and you have a pile of stuff that looks vaguely as if it could be something resembling rice.

Well…I had difficulties making it and Michael and I were having a lively discussion of what would ‘work’ and what wouldn’t. Eventually it was ready and on the table.

I took the first mouthful and the whole thing came to an abrupt end. My reaction was – ‘Ugh, I don’t like this  at all.’ And because I had such a reaction, my mind began to create a whole story around it and the old tapes were turned up again to full volume.

I wasn’t really hungry at all and so wouldn’t bother eating. I did manage to catch myself and ended up having a portion of the mixed salad. And later on I was able to fully reflect on what had just happened.

All my old patterns around eating had begun to reveal themselves again which was highly amusing. Because I was able to sit there and watch it all. I was able to see the total disconnect and the weaving of stories. Something I’d become a master at during my life.

So the bottom line was that I wasn’t really hugely interested in making this ‘rice’ anyway but I decided it would be good to have this extra filler on the plate. My heart wasn’t in it and it wasn’t serving any purpose. You have to love what you eat! 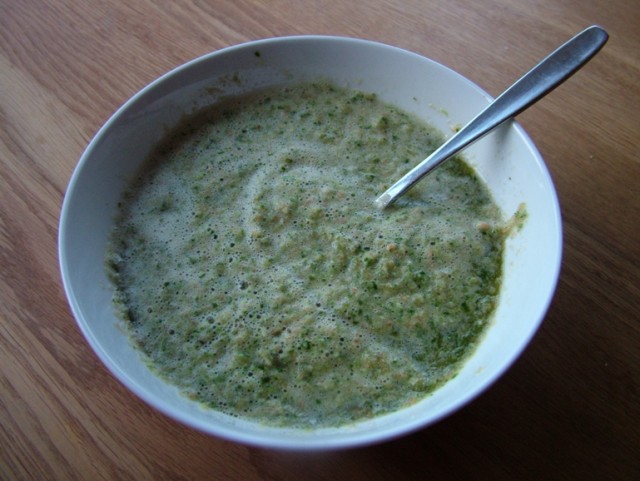 Today I got a sudden vision of a pureed green raw soup. So as soon as we got home, I put the fresh veggies on the chopping board, hacked everything up, made up 500ml of miso, threw it all in the blender with some cracked pepper and Himalayan salt and one or two minutes later I had a tasty smooth green soup which was lovely and warmed.

So I sat down straight away and ate it. Wow, that was such a delicious meal and was exactly what I wanted. Instant gratification. And my energy levels rose, leaving me feeling smooth, happy, satisfied and ready to go. Now I know that when I prepare and sit down to what I love, my body will thank me. It has nothing to do with perceived substance or value. Just love.

Really, a little of what you fancy goes a long way.