I just had to share this photo with you that I found in an article in Wired Science, September 2009. It’s the world’s only piece of golden fabric spun from the silk gleaned from large golden orb silk spiders in Madagascar. 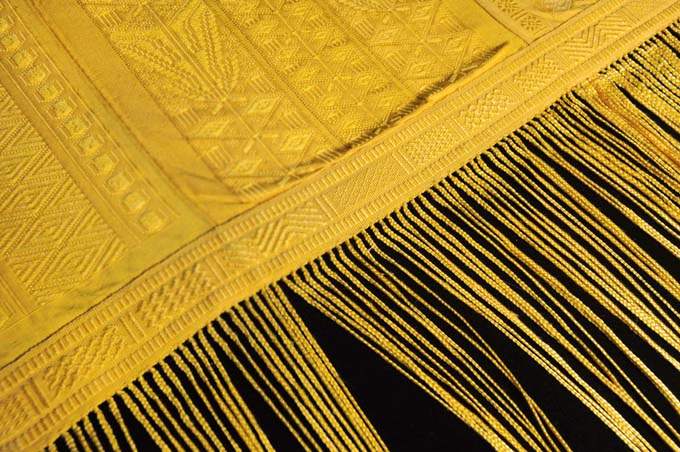 It takes spiders about a week to regenerate their silk so when they were released back into the wild after they had been ‘milked’, everything was back to normal pretty quickly.

Scientists are working hard to replicate the spider silk which is incredibly elastic and comparable to steel in strength at the same time. But cooping spiders up together to go into mass production isn’t an option according to the article. “Unlike silk worms, which are easy to raise in captivity, spiders have a habit of chomping off each other’s heads when housed together”.

UPDATE: Here’s a link to a beautiful piece of clothing crafted from this amazing silk – Golden Spider Silk Cape.