I remember reading many years ago that it is very empowering to bring your thoughts, words and actions into alignment. At the time I read it, it struck me as quite a difficult thing to do and I immediately began to ponder on how I fitted the bill. 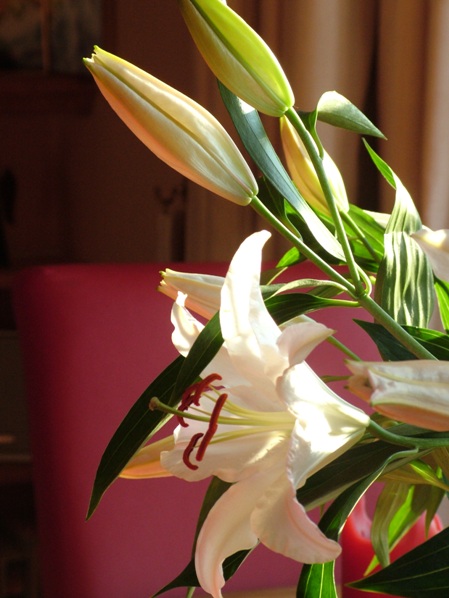 I’ve always highly valued walking my talk and have never felt comfortable with advising someone else to do something I had never done or wouldn’t be prepared to do. And as you can imagine, it can be quite a high standard to live up to. There have been so many situations where I saw clearly that I wasn’t doing any ‘talk-walking’ at all and that I was holding unreasonable expectations of others.

Over the past couple of years this whole concept has been foremost in my awareness and I came to realise that this was not something that I needed to really consciously work hard at. I saw that had more to do with a shift in my awareness and a new way of being that came automatically.

I have sat and watched the whole process unfolding within me again and again. A situation would arise and I would begin to have a reaction of some sort and start an inner dialogue of what I was thinking and what I was going to do. I might share an idea or two relating to it with someone else.  And then….nothing. It would sort of fizzle out and that was it.

So where was this whole thing with word, thought and action being in alignment? I would start to see where what the other person was doing was really only a reflection of me. I would do the ‘metaphysical’ thing and take ownership. But often this just left me feeling frustrated and I knew that the issue had not been truly resolved.

It really was time to stir myself into action and get beyond just playing bits of film in my mind’s eye.

Well, the universe certainly served up an opportunity for me to put this to the test and created the ideal situation. It came in the form of a houseviewing yesterday. Bear in mind that we are tenants and will have notice served on us when an offer is made. The estate agent had also persuaded us to stretch out limit to beyond 5pm for viewings for this particular client. I was focussing on remaining centred throughout this process, but this is what happened in a nutshell. The three ‘visitors’ started talking very loudly,  turning up the volume in their discussion so we could hear every word they were saying. They began laughing raucously and joking around. They began banging on the walls, testing them for structure. They opened and closed cupboards.

I was getting really annoyed and envisaged myself confronting them. This escalated until half an hour had passed. I thought, ‘Just take a deep breath, they will be gone in a minute.’ But no, the estate agent came mincing back through the kitchen and said ‘You don’t mind if we go back in the garden, do you?’

Right, that was it. I turned around and said really crisply: ‘Would you mind bringing this viewing to a close. You’ve been here now for half hour and I think that’s enough!’ Well, by the looks on their faces, you’d think I’d just dropped a bomb-shell. They were almost more surprised than I was at actually doing this.

They left within a couple of minutes without saying goodbye and I was immediately galvanised into action. I picked up the phone asking to speak to the manager in the estate agent’s office, saying I had a complaint to make about the lack of professionalism during the viewing and leaving my mobile number for boss to phone back. I then contacted our letting agent, telling them what had happened and that I wanted to contact the landlord directly and tell him how unacceptable this whole experience was for us. They were very supportive and understanding and took the  matter in hand.

I then got a message the next morning on my landline from the office manager I had contacted, saying he had heard I wanted to make a complaint and could I call him back. His tone was very stand-offish, he sounded threatened and was clearly nervous. Not a hint of: ‘Madam, I’ve heard that you want to make a complaint. I’m really sorry that this has happened. It wasn’t our intention to do so. Let’s have a talk so that we can see what we can do for you.’ The buck has to stop with him. That’s his job. Professionalism? What’s that?

And what about me? Well, to tell you the truth, that’s about one of the most amazing ‘thought, word and action being in alignment’ experiences I have ever had.  And what impact did it have on me? I slept better in the night after it than I had for a very long time. I woke up with a spring in my step and a smile on my face. I really did pop a balloon. This has been incredibly empowering for me. I still keep thinking – wow, did I really say and do that?

We create our own reality and recently, many things had been pretty crap to say the least. I realised I had a choice. And what a choice. It was still my home and this was unacceptable in my 4 walls. I had been keen to keep on friendly terms with all involved, however, this was not obviously a win-win in our case.  So it was time to change the parmeters. Shift the goal-posts, so to speak.

Bringing my thoughts, words and actions into alignment lets me tap into my hidden strength where nothing is incongruent any more.

And what does it matter if some people don’t like me now. It is not my job to ensure that everyone likes me. It is hugely refreshing to see how people don’t like me when I speak up for myself. Everyone lets down their facade and it all gets real. No pretending any more. And sure, it can be hard.

But you know what? I like me more for this and that’s all that matters. Good job Fiona! 🙂

p.s. I just wanted to add the insights that I have received over the last few hours. I am in gratitude to these people for allowing me to experience this and galvanising me into this new ‘kick-ass’ energy. It’s sort of shocked me out a certain lethargy that I had settled into and it seems to be the new energy that will serve me well in exploring new areas in the months to come. So thank you Besley Hill.

8 Responses to Bringing Thoughts, Words and Actions into Alignment