Adding the Jamie Oliver Food Processor to our Inventory

About 2 or 3 weeks into our adventure into the raw food lifestyle we decided to order the Jamie Oliver Food Processor online.

It was on offer and was in fact such a bargain that we couldn’t afford to say no. So we ordered it. And here it is 2 minutes after it arrived at our house:

I’ve never really been one for spending extra money just to have brands unless I was convinced that I was getting good value for my money. But my husband had seen this little gadget in action on tv and had been very impressed with it.

We had bought ourselves an unbranded model from the local supermarket and had very quickly found out that it had very many shortcomings. There were various blades that could be used for different processes but one of the biggest problems was that they just weren’t sharp enough to do the job of cutting and chopping up our veggies.

What I mean is that it was possible to run your finger along the blades without doing yourself any damage whatsoever. 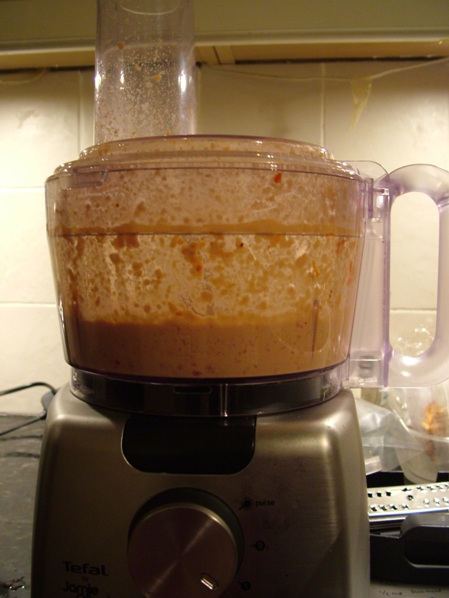 Added to that it was really difficult and fidgety to assemble and disassemble. It looked like a great bargain when we first looked at it but on the whole it was a bit of a bad investment.

So when the Jamie Oliver model appeared on our computer screen reduced to 60% of the normal price, we just couldn’t resist.

I can tell you already that we don’t have it up on a pedestal. It has just as many shortcomings as it has plus points but I’m going to be talking about those in another video and blog post where you’ll see it in full action.

What I will say at the moment is that it is indeed an improvement on what we already had but is definitely not a 10/10 model.

Watch this space for part 2.